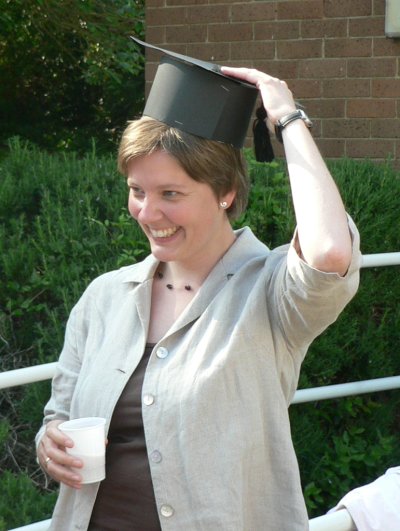 We came back from England only yesterday, but on Wednesday Almut had the presentation and oral defense of her Master Thesis.Following the Swedish System, this is a public event, with an officially appointed opponent, an examinator, and the audience being free to ask questions.
It went over well, and now Almut is officially a Master of Science now… Well, she were if one of the examiners hadn’t accidently signed the certificate where Almut’s name is supposed to be filled in. Now effectively, the examiner had granted herself a new Master. Almut will receive a proper certificate by mail soon (hopefully). Then, we headed over to London and spent 2 days there before going back to Switzerland.